This is a solid move in protecting people’s privacy, especially for those completely unaware. Sounds like WordPress is considering the same and a helpful Hacker News commenter typed up how to accomplish it on a bevy of popular web servers.

Related: I just deployed this to changelog.com as well. 😎

In a copyright decision that will undoubtedly have ripple effects on the software industry for years to come, the Supreme Court of the United States held that:

Google’s copying of the Java SE API, which included only those lines of code that were needed to allow programmers to put their accrued talents to work in a new and transformative program, was a fair use of that material as a matter of law.

This quote pulled from the linked opinion by a hacker news commenter drives right in to the heart of the matter:

“Google copied approximately 11,500 lines of declaring code from the API, which amounts to virtually all the declaring code needed to call up hundreds of different tasks. Those 11,500 lines, however, are only 0.4 percent of the entire API at issue, which consists of 2.86 million total lines. In considering “the amount and substantiality of the portion used” in this case, the 11,500 lines of code should be viewed as one small part of the considerably greater whole. As part of an interface, the copied lines of code are inextricably bound to other lines of code that are accessed by programmers. Google copied these lines not because of their creativity or beauty but because they would allow programmers to bring their skills to a new smartphone computing environment.”

I wanted to test my mastery of Node.js and my reliance on Google and Stack Overflow, so I set out on an adventure to make a todo list web app without touching any external resource for help. I just couldn’t do it…

But this got me thinking. How many people out there, especially professional web developers, can do this?

I used to google for things all the time while programming, but not anymore. 😉

You’ve likely heard a lot about Google’s monorepo and how it impacts the org’s development productivity, but have you heard how it makes managing their open source efforts easier as well?

A nice primer on Nextcloud, which is worth a second look if you haven’t kicked the tires in a couple years.

I recently revisited Nextcloud and was amazed by all the changes I saw. The project has evolved into a complete solution that can replace big-name solutions like Google Drive and Microsoft 365. Nextcloud’s new feature set, especially Nextcloud Hub, is outstanding, offering collaborative documentation editing, file version control, integrated chat and video calling, and more.

Oh, and ICYMI our conversation with Nextcloud’s Frank Karlitschek ~> #383

This is under heavy development but is available publicly as a ‘pre-alpha’ developer preview. Tsunami itself is a general purpose network security scanner, but it has a plugin system for detecting specific vulnerabilities. The plugins themselves are hosted in their own repo.

I got my email through Gmail, I wrote documents on Docs, I listened to Pandora, I viewed photos on TheFacebook. Why did I need all of Windows Vista?

Will isn’t the only one that thought Chrome OS would change the game. 10 years later his usage patterns tell a much different story.

Have you ever wished you had a no-frills, word-processing desktop app dedicated to just Google Drive? Annoyed at having to click the Go to My Drive button everytime you visit https://drive.google.com? Want a Microsoft Word-esque experience for your Google Drive? Or simply looking to separate Google Drive from the other bajillion tabs that you opened for your research paper? Look no further!

I appreciate efforts like this because while I love web apps, I don’t always love running them in my web browser.

If you use (and abuse) Gmail’s filters in order to wrangle your inbox, this tool might help you keep your sanity as you maintain them over time.

This utility helps you generate and maintain Gmail filters in a declarative way. It has a Jsonnet configuration file that aims to be simpler to write and maintain than using the Gmail web interface, to categorize, label, archive and manage your inbox automatically.

If you’re concerned with the amount of data Google has on you, this list of alternative browsers, web apps, operating systems, and hardware may help you ween yourself from the company. Looking at this list, it’s amazing just how much value Google offers in trade for our data. A note from the author:

It’s a shame that Google, with their immense resources, power, and influence, don’t see the benefits of helping people secure themselves online. Instead, they force people like us to scour the web for alternatives and convince our friends and family to do the same, while they sell off our data to the highest bidder. 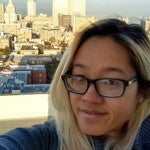 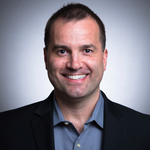 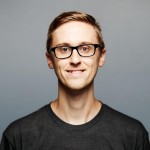 We’re talking with Sherol Chen, a machine learning developer, about AI at Google and AutoML methods. Sherol explains how the various AI groups within Google work together and how AutoML fits into that puzzle. She also explains how to get started with AutoML step-by-step (this is “practical” AI after all).

After I wrote about Stein earlier today, I got to wondering about open source alternatives to Google Sheets. Coincidentally, this article popped up in my RSS reader.

EtherCalc can be self-hosted or there are hosted offerings, including one at EtherCalc.org. It looks a bit rough around the edges, but that’s often the case with open source GUIs. Maybe kick the tires and blog about your experience? We’d happily log the results here on Changelog News.

This looks like a great option for proofs of concept or when you want to take an idea to market as fast as possible. It’s also probably empowering to non-developers on the team since so many people can slice-n-dice spreadsheets better than SQL databases. You can self-host the open source version or pay for the hosted offering. I’d love to see a comparison between this and Airtable.

JS Party listeners will find a familiar guest voice on this episode from the Google Webmasters channel.

Real life data on how Google indexes javascript-rendered websites today. This has been a controversial subject, and this article by no means settles it entirely, but provides some strong data for what types of dynamic content are well indexable and which are not.

Though to be honest, I think the most important conclusion the author makes might be this one:

If you need your site to perform on search engines other than Google, you will definitely need pre-rendering of some sort.

A clever hack that is now being investigated by Google’s internal forums. How it works:

Google Analytics runs on over 56% of all websites. It’s the backbone of ad-tech across the web. Unfortunately, for site owners like me who just want to learn how people are using their website—while respecting their privacy—there simply aren’t any alternatives that meet all my requirements. So in two days, after a couple dead-ends, I built my own using React, AWS Lambda, and a spreadsheet. This is how.

It’s somewhat ironic that the datastore for this project is Google Sheets. That aside, this is a well-done effort and one that I wouldn’t mind adapting for use around these parts.

A little ingenuity paired with changes to ReCaptcha’s audio challenge allowed this hacker to create a Python ‘robot’ that defeats the ‘not a robot’ test with 90% accuracy. The approach is brilliant:

The code is small enough to grok in 5-10 minutes. Love it!

Microsoft adopting Chromium puts the Web in a perilous place. […] With Microsoft’s decision to end development of its own Web rendering engine and switch to Chromium, control over the Web has functionally been ceded to Google. That’s a worrying turn of events, given the company’s past behavior.

This post was mentioned in Slack by James Lovato about a former Microsoft Edge intern claiming Google callously broke rival web browsers. Then, Nick Nisi chimed in to mention this post by Jeremy Noring as “an interesting rebuttal/defense of what they’re doing.”